Rune Alphabet is an ancient alpha-numeric alphabet used in Rune Magic, as well as various Puzzles and cryptic messages scattered around the world of Aurai.

The messages found in the open world are commonly French words or phrases, with a few exceptions being in English.

The known alphabet is as follows: 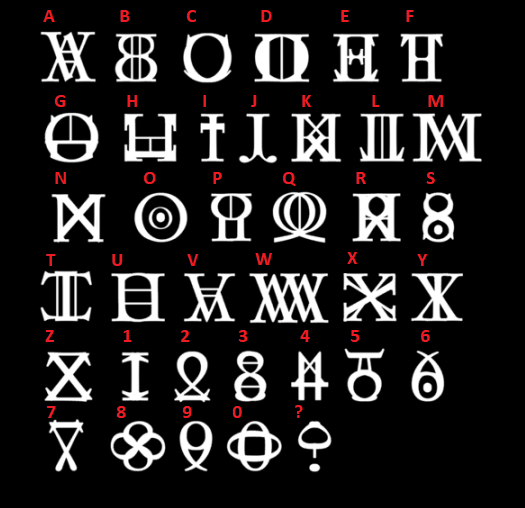 Other than in Rune Magic, the Rune Alphabet is also used in: