Enrollment is a Quest in Outward. It is third in the series of main quests, and is the pre-quest to the Sorobor Academy quest-line.

Enrollment is obtained upon entering Harmattan for the first time, if you have not already joined a faction. You have the choice to join the Sorobor Academy faction instead of the options in Looking to the Future. Choosing to join the Academy will prevent you from joining any other faction. 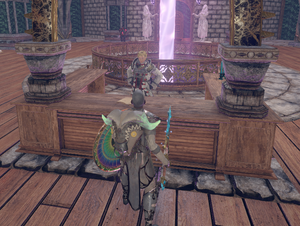 The player speaks to Jane Vincent at the Academy.

To begin, speak to Jane Vincent, Recruiter in the upper north-western area of Harmattan. Enter the large Academy building north-west of Samuel Laurent, Dean of Engineering and speak to the Recruiter about joining.

She will inform you that your Blood Price has followed you here, and that you will need to speak to Hugo Lockwell, Provost of Academic Affairs about this.

Take the western door into the Library area and speak to Hugo about joining the Academy. He will tell you that you will need to seek out someone to do a favor for, in order to meet your Blood Price demands. 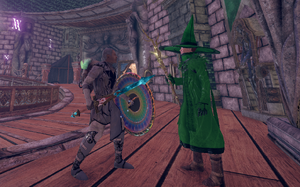 The player speaks to Gregory Turnbull

If you plan on obtaining Mana, Gregory Turnbull is by far the easiest choice. Otherwise, if you are adamant on not obtaining Mana, Victor Berthelot is probably a better choice than Sekiguchi. 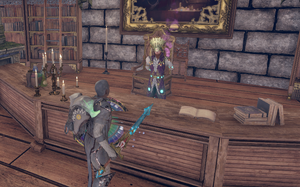 The player speaks to Headmaster Salaberry about joining the Academy.

Once you have done any of the three tasks above, speak to Headmaster Raul Salaberry, who is found in the room above Hugo Lockwell in the Library. Return to Hugo and head past him up the stairs, and speak to the Headmaster.

2 for the multi-choice options to join the Academy.