Cloak and Dagger is a Quest in Outward. It is sixth in the series of main quests, and is the third quest of the Sorobor Academy quest-line.

Continuing our work with Turnbull and Desy Laroche, we are tasked with preventing the destruction of a tunnel which contains some ancient Runic messages, which Turnbull believes hold the key to the Scourge's curse. We will need to cause enough chaos to delay the operations, but not too much that we blow our cover.

This quest has a timer of 20 days. If this timer is reached you will be unable to complete any more of the optional tasks and must report to Turnbull to see your outcome.

To begin the quest, speak to Gregory Turnbull, Dean of the Arcane in his secret lab in the Academy in Harmattan. Turnbull asks for our help once again, this time in delaying the destruction of tunnels which contain some ancient Runic messages, which Turnbull believes hold the key to the Scourge's curse.

Turnbull asks us to cause enough problems for Victor and the Wolfgang that their operations are delayed, and Desy can get the proceedings through with Salaberry for Turnbull to inspect the Runic messages. However, we should be careful not to cause too much trouble that we are suspected!

Your outcome depends on the number of completed options. If you do only 0-2 options the you come to failure. 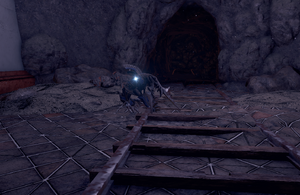 The broken Golem, which we sabotage in Ruined Warehouse.

Head to the Ruined Warehouse in central Antique Plateau, which requires the Warehouse Key. From the top entrance: 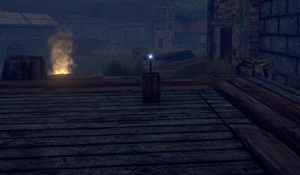 An example of the Detonators at the Wolfgang Camp.

Head to the Wolfgang Mercenary Camp in south-western Antique Plateau. Around the camp you will find three small detonator levers, all three look like the one pictured. They have a glowing indicator so if you have trouble finding them come here at night time, they are fairly easy to find if you scour the camp.

All three of these detonators can be reached without using any keys or levers, simply interact with each of them to complete this section of the quest. 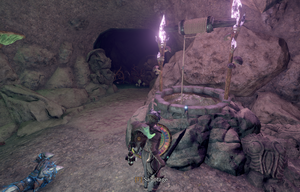 The Trog Well in the Destroyed Test Chambers.

From Train Key A (in the area with hanging Trogs and target boards), head east into a dark cave area with many Troglodytes, then east again towards a Well. Interact with this Well to sabotage it and complete this section.

Hugo Lockwell, Provost of Academic Affairs can be found in the Library section of the Sorobor Academy in Harmattan, he simply asks for 300

If you turned in the evidence for Purifier to him, you will not have to pay the 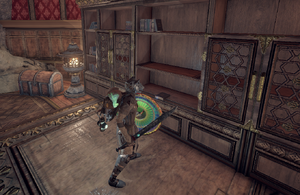 The Ledger in Old Harmattan Basement.

If you gave Sekiguchi the evidence from Purifier, she will say she owes you a favor due to how profitable the information was. If not, continue reading below.

Sekiguchi asks us to retrieve a Ledger from the Old Harmattan Basement to the north of the Harmattan City in Antique Plateau.

Make your way to Old Harmattan Basement in northern Antique Plateau, and enter. Inside there are two aggressive Ghosts and an Arcane Elemental. The ledger can be found on a desk at the end of this area, it is a small dungeon and it should be hard to miss.

Return to Sekiguchi and give her the ledger to complete this section. She may also remind you about the Vendavel Quest, as well as a Ransom that might have been placed on you depending on your previous choices in the quests, which she asks 1 Boozu’s Hide to pay off.

When you have completed as many tasks as you wish to (three is ideal), return to Gregory Turnbull, Dean of the Arcane in his secret lab in the Academy.

Turnbull will inform you of your outcome and give you the rewards for your efforts.

Should you reach the 20 day timer for this quest, you will be unable to complete any more of the tasks and must return to Turnbull.